WealthBias™ is about making better decisions with regards to your wealth, utilizing the growing field of study…Behavioral Economics/Finance. The decision process has human behavioral biases (we ALL have them) that can influence our decisions (good and bad). However, the only way to improve our decision process is to be aware of them! If you want a different result, consider doing things differently. And how do you do that, when you don't know, what you don't know? Welcome to WealthBias™! 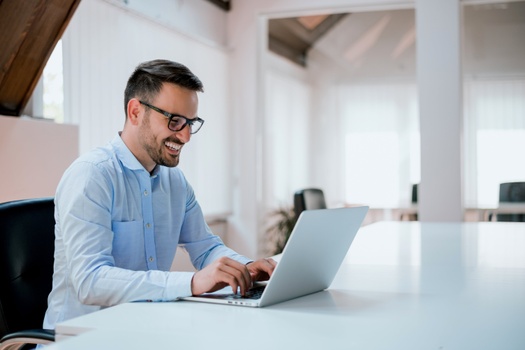 There are two main types of behavioral biases, cognitive and emotional biases. Cognitive biases, simply referred to as thinking errors or cognitive distortions, are irrational or exaggerated thought patterns that occur on the perpetuation or onset of a psychological state, including anxiety or depression. In other words, cognitive errors cause individuals to perceive reality inaccurately.

Emotional biases involve the distortion of cognition and decision-making due to emotional factors. These factors may include overconfidence, poor self-control, loss aversion, regret aversion, and status quo, among others. There are several biases under each of the two identified behavioral biases.

When presented with new evidence, this financial behavioral bias tends to revise one's initial beliefs insufficiently. It can occur in two ways. For example, when investors are presented with new information, they may be slow to react.

Secondly, an investor may hang on to their initial beliefs about the stock market because of their psychological state, making it challenging to integrate new data to their beliefs, such as stress.

Recognizing the bias is key to overcoming it. Here, one should analyze the investment objectively as per the new and emerging evidence, to make an informed decision.

The illusion of Control Bias

It is the tendency to believe an individual can influence outcomes even though it is not possible. The illusion of control bias is common among investors with a significant net worth, especially those who unrealistically believe they have a certain level of control. It takes education to make investors realize the volatility and unpredictability of the global investment environment and the extent to which they have no control over its outcomes.

Also referred to as the knew-it-all-along phenomenon, it is the tendency to view the outcome of an event as having been more predictable than they actually were. For example, a financial adviser may recommend certain stocks to an investor, who, in turn, may think of the recommendation as one they liked from the start, even though it may not be the case. However, when the recommendation does not turn out well, the investor may think they had doubts initially, even when it is evident that it was not true.

People are naturally wired to avoid losses, and investors hate to take losses. This explains why investors avoid selling anything at a loss. Instead, they would rather hold on to the stock and sell them when they get back to the price they bought them. This attitude is harmful because some stocks do not get back to their initial price or may not increase altogether. This bias can be solved by being disciplined in security selection and valuation processes.

This behavioral finance bias involves the tendency to overestimate the chances of success. It is prevalent in high-net-worth individuals who might have taken a chance at some point and succeeded. Overconfidence can be detrimental to an investor; it can cause them to have biased judgments, invest excessively in opportunities they know little about, take unreasonable risks, and ignore that they are at an informational disadvantage. Overcoming this type of bias demands that an investor remains objective at all times in their investment decisions.

It is the tendency to place short-term gratification over long-term goals. Almost everyone knows the importance of saving; yet, most people focus on present-day consumption, whereby they have difficulty distinguishing between wants and needs. As a result, people with self-control bias do not often save enough for retirement. However, overcoming this bias requires a properly constructed long-term financial plan and discipline to follow through with the plan.

This bias tends to select choices that ratify, confirm, or continue existing situations. It is a strong bias to overcome; however, it takes quality education for investors to realize the bias.

It is a strong human emotion that involves feeling disappointed in the future for the things you did not do rather than the things you did. For example, it may drive an investor to buy the latest and most trending stock because of the fear of missing out on an opportunity. It takes appropriate education and objectivity to overcome this type of emotional bias.

What are behavioral biases?

It is the tendency towards certain cognitive or emotional dispositions that influence an investor's decisions regarding savings and investments.

How can behavioral biases impact my financial goals?

Whether cognitive or emotional, biases can impede you from achieving your financial goals. For example, it may drive you into making the wrong decisions that will hurt your financial health in the long run.

What kinds of financial behavioral biases do we look for?